Dr Kevin Hickson is Senior Lecturer in Politics at the University of Liverpool, where he teaches and researches on British political ideologies. He has published widely, including to debates on the future of the Labour Party. He was Labour's Prospective Parliamentary Candidate in East Yorkshire in 2015 and is a Labour Councillor in Crewe, where he was Leader of the Council 2013-15. 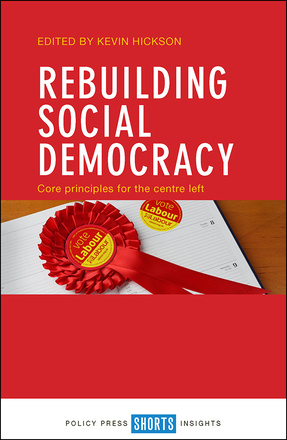 Core Principles for the Centre Left

Reclaiming Social Democracy is the first major reappraisal of social democracy on the centre-left since the election of Jeremy Corbyn. With a foreword by Lord Hain, it examines its foundational principles and identifies the values needed to find a route back to political credibility for Labour.