Simon Wren-Lewis is Emeritus Professor of Economics at the University of Oxford and author of the widely read Mainly Macro blog. In 2015 he was invited to join the Labour Party’s Economic Advisory Committee, and in 2016 he won the SPERI/New Statesman Prize for Political Economy. 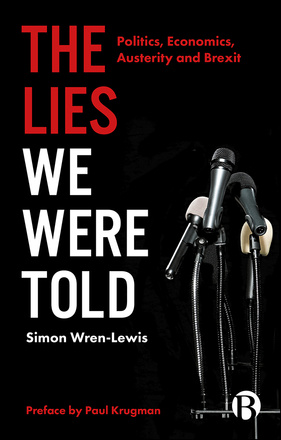 The Lies We Were Told
By Simon Wren-Lewis