Adrian Voce OBE is a writer and consultant on public provision for children's play. As Chair, then Director of the Children’s Play Council (2003-6), and founding director of Play England (2006-11), he had a key role in the UK Government’s Play Strategy of 2008-11. A former playworker, Adrian was the first director of London Play (1998-2004), working with the Mayor to establish a play policy for the capital city. 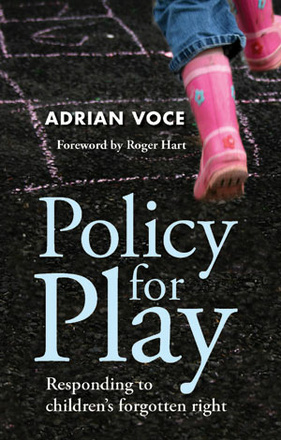