Ali Milani is a Labour Party politician, councillor, campaigner and activist. He served two years as Vice President of the National Union of Students, was elected as Labour Party councillor in the 2018 local elections, and was selected as the parliamentary candidate in Uxbridge and South Ruislip in September 2018. He has worked on multiple UK Labour leadership campaigns, as well as presidential campaigns in the United States. 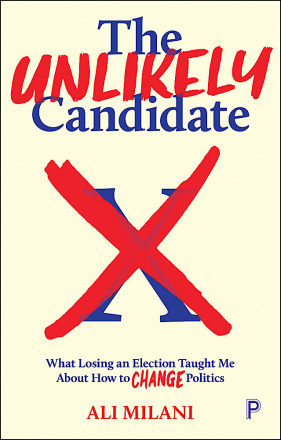 The Unlikely Candidate
By Ali Milani