Joshua Rozenberg is the only full-time journalist to have been appointed Queen’s Counsel honoris causa. After taking a law degree at Oxford he trained as a solicitor. He is an honorary Master of the Bench of Gray’s Inn and a non-executive board member of the Law Commission. Joshua was the BBC’s legal correspondent for 15 years before moving to newspapers. He now presents the popular Radio 4 series Law in Action, which he launched in 1984 and appears regularly on other news networks in the UK and abroad. 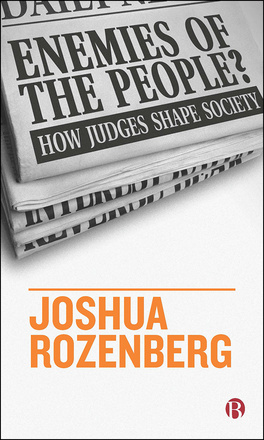 Enemies of the People?
By Joshua Rozenberg