Edited by Se-shauna Wheatle and Elizabeth A. O’Loughlin

Taking a unique critical approach, this book explores the main topics in UK public law from a range of underexplored perspectives and amplifies the voices of scholars who are underrepresented in the field. As such, it represents a much-needed alternative or complement to traditional textbooks in public law.

Including insights from a diverse list of contributors, the book:

• Enriches students’ understanding of the dynamics that emerge within public law;

• Highlights the impact of historical and societal inequities on public law norms;

• Demonstrates the ways in which those norms may impact minorities and perpetuate inequality.

With most chapters written by underrepresented or minoritized persons in the field, this text offers students a more critical, rich and insightful approach to public law.

Constitutional Subjects: Some Other Nationality, Citizenship, and Belonging ~ Devyani Prabhat

Part 2 ~ The Structure of the Constitution

Scotland, Devolution, and Independence: A Union at Its Limits? ~ Coree Brown Swan

Legislating for Seismic Events: An Examination of the Role of Delegated Legislation ~ Alexandra Sinclair

Part 3 ~ The Individual and the State 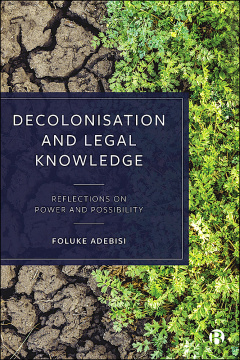